She was my 18th Therapist but I was her very First patient.  Here’s how it went down. . .

(Oh, it’s perfectly okay!  It doesn’t violate the Confidentiality Code when it’s the patient who does the blabbing.)

Me:  Um, I usually don’t sit in the leather chair behind the big, important looking desk?

Therapist:  Oh!  Sorry.  I’m a little new at this.  I thought if you had one of those Inferiority Complexes, that would cure you right away.  Plus I just ordered this new $1200 couch and I wanted to try it out myself to see if it was comfortable.

Therapist:  Well, lemme see.  I’m experiencing a little of what we call the Imposter Syndrome which means I’m afraid you might think I’m a fraud masquerading as a professional – – So my defense mechanisms have turned up a bit.  And I have some obsessive compulsive tendencies – – I want to reach behind your head and straighten that picture by a 1/4 of an inch.  Plus I’m feeling a little Borderline Personality-ish this morning with a dash of Seasonal Affective Disorder thrown in, which means I need more sun-exposure.  Would you mind opening those blinds a tad?

Therapist:  Oh!  Well the new factory smell is obnoxious and the fabric is kinda scratchy and there’s too much stuffing behind my lower back and I notice a slight tear in the…

Me:  (looking at watch) Well that’s all the time we have for today.  We’ll take up the topic of lumpy, bumpy, grumpy sofas at our next appointment.

Okay!  Keeping in mind that occasionally a therapist has more problems than the “patient,” here are “Ten Tips To Try” when beginning psychotherapy.

1.  You’re Not An Entertainer!   –  If you think your therapist looks bored, she probably is.  But resist the urge to liven up the session by ratcheting up your life a notch.  Don’t tell your therapist that you’re the reason Gwyneth Paltrow’s marriage Consciously Uncoupled.  Or that you like the name Gwyneth for that matter.  Save all creative embellishments for your humor blog.

2.  Be Faithful!  – –  See only one therapist at a time.  I once played the psychology field and saw three different therapists to decide which style I preferred.  Because I made the mistake you read in #1, I couldn’t keep my stories straight.  When the clinician on Tuesday asked how my Swinging was going?  – –  I began to embellish on nightly (spicy!) partner swapping and all the feelings of insecurity that brought up for me.  But it turns out that was the anecdote I had told my Thursday Therapist.  A week ago Tuesday, I had boasted that I was a Championship West Coast Swing dancer.   Needless to say (re: either story) I was diagnosed with “Delusions of Grandeur.”

3.   Don’t Do Dreams! – – Just don’t.  I recounted a dream I had that my ex-husband and I were arguing over where we should live.  During the nightmare (it just got upgraded to a nightmare when I recalled my ex wanted to live next to his mother)  I happened to be eating walnuts. (my dreams are weight watcher approved) Therefore I was eager to talk to her about the pros and cons of moving to another country, but instead I spent the next hour listening to what walnuts symbolize.  Thanks to that stupid dream, I now know that a)I care about people’s insides more than their exteriors (this is because I discarded the shells instead of saving them) b)  I’m always trying to get at the heart or core of the matter.  c) I’m searching for something that most people might think is a little nutty.  Oh!  And d) Instead of penis envy, I have testicle envy.  If only I had the foresight to dream about peanuts.  They are in the legume family. 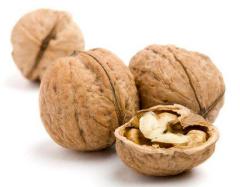 Never admit you dreamed about these. Instead slowly crack one open behind your back and the therapist will think you injured yourself on that $1,200 couch and might sue her.

4.  Just Admit You Hate Yourself!– – You will save a ton of time and money if you just fess up to feeling insecure and nervous about your self-worth like the rest of us.  If you don’t, be prepared to discuss ad nauseam that the reason you lost your job, broke up with your boyfriend, didn’t win the lottery and always choose the slowest checkstand in the supermarket is because you Self-Sabotage.

5.  Do Not Flirt! – – Wear a Freudian slip underneath that short skirt!  No matter HOW attractive your shrink is, it’s crucial to act like you wouldn’t have the least bit of interest in kissing your therapist if you met them on Match-com instead of on a $1200 couch.  Bat even one eyelash and you’re in for a diagnoses of  “Transference” which means you’re redirecting feelings and desires (especially those unconsciously retained from childhood) toward a new object.”  That’s right.  I always undressed my Pet Rock with my eyes and fantasized that we’d run off to Stonehenge together.

6.  Never Utter the Twelve Letter Word!  – – It will send your therapist through the roof and bring out all his or her Anger Issues.  They trained for a long time to get their degree and they know what they are talking about when they say you are “In Denial, need some Self-Actualization and come from a Dysfunctional Family with zero Synergy.”  If you even so much as whisper the word “Psychobabble,” she will immediately regress you to a nose-picking, five-year-old with a bad haircut on the first day of kindergarten.

7.  Don’t Go on an Empty Stomach! – – I don’t care if you’re starving, never even so much as chew a stick of gum.  Therapists are well-schooled about the “Freud’s Oral Stage” and will watch every move your mouth makes.  Soon you will feel very deprived that your mother didn’t breastfeed you long enough.  Or worse, you were bottle-fed and that’s why drinking a 6 oz carton of chocolate milk brings out your passive/aggressive side.  But take heed, if you dare bring a sandwich into your appointment (squeezing in therapy on your lunch hour, right?) you’ll be analyzed for every Eating Disorder in the book.  Hold the mayo?  Anorexic.  Footlong Sub?  Bulimic.  Tuna salad wrapped in just a lettuce Leaf?  Carbaphobe.  Basil Chicken Salad with Arugula, dried cherries and apple butter paired with goat cheese?  Haute Gourmet Eater Syndrome.  Save the calories and aggravation.  Eat at home beforehand.

8.  No Cemetery Conversation! – – Unless you want to be labeled as “having a preoccupation with death,” or “suicide ideation” — never admit that you’ve written your own obituary and laid out the clothes you wish to be buried in.  Fashion tip:  Scarves can add a pop of color to a pale complexion.  Oh, and if you let slip that’s you’re dieting to fit into a size 2 graveyard gown, that Eating Disorder diagnosis will come up again.

Isn’t it “normal” to wonder who will show up at your funeral? Was Tom Sawyer ever in therapy??

9.  Don’t Use “I” Messages! – – The reason for this is because if you go in knowing too much, the therapist will have no life-coping skills left to teach you and before you know it, you’ll be saying that the squashed cockroach on the floor looks like an ink blot.  So give them an easy lesson that they’ll think they’ve helped you master and (they’ll have such a sense of job satisfaction!)  you’ll be discharged weeks ahead of schedule.  Plus they might even remove their snobby, framed graduate degree diploma from their wall.

It works like this:  Therapists want you to take responsibility for how you feel by using “I Sentences.”  i.e.  “I feel angry right now.”  Or even better:  I feel angry because I don’t know how I can pay your outrageous bill right now.”  Therefore do the opposite and start sentences with “You.”  i.e. – –  “You caused me some grief when you said my son has an oedipal complex.” Or, “You make me feel like I am just another number.”  Or, “You make me feel….like a natural woman.”  The latter is better off belted out like Carole King and yes, going to a Karaoke Bar with your therapist would still count as flirting.

10. Don’t Nail Yourself to a Cross! – – When you hear The Voice that proclaims you’re actually really Jesus, never refer to the incident as anything but Quirky.  Quirky can hide a multitude of crazy.  Best of all, no Self-Described Eccentric will ever find “Quirky” listed as a pre-existing condition on a health insurance exclusion form.  Oh yeah, and today’s your big day, Jesus – so Happy Easter!

That’s it!  If you ever find yourself on a therapist’s couch and there’s not a television and a remote control handy, the above list should keep you out of trouble and from having to talk about the time your mother flushed you down the toilet.  P.S.  That wasn’t you.  You only projected that was you.  It was really just your pet parakeet.