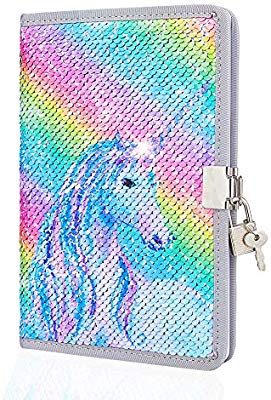 The best (and worst!) gift I ever received was on my twelve birthday when my mother gave me a rainbow unicorn sequined covered diary with a tiny padlock and key and told me it was to record all my private thoughts. Looking back, perhaps she never uttered the word “private?” That would make sense and would explain why on the inside first page I had scrawled, “If found, please return to Stephanie at the following address:______. Under no circumstances should this diary be opened because it contains all my best secrets!”

On the back inside cover I’d painstakingly written, “Like what you’ve read? Are you an editor, publisher or producer? If so, we should talk!” And then printed my phone number with instructions to call collect. Obviously I thought my future huge royalties would cover any long distance charges. Hey, I was nobody’s fool! I’d heard of Go Ask Alice whose druggie days detailed in her entries were made public after she overdosed, and of course The Diary of Anne Frank which was immortalized in libraries forever. I just planned on having fame happen to me without the death part.

During the next five years, I used my diary for composing awful poetry, true confessions, angry tirades, fantasy crushes, and to trick nosy people like my brother (who I was certain was reading it while I was out on dates) into believing that our mother was planning to take him to Disneyland if he treated me a lot nicer. (Yes I stole that idea from a Brady Bunch episode.)

My mother also confiscated my diary during some particularly angsty teenage turbulence and took it to a psychiatrist, using it as evidence to obtain a prescription for Prozac for me.

This little journal of mine was also the impetus which had me wondering what other diarists were writing behind their own locks and keys? And that was the start of my digging into the dresser drawers of my cousins during family gatherings, my friends’ closets when I was invited to their home after school — often turning up paragraphs that were about me, saying some not so nice things. One or two diary authors even had the nerve to write, “That Stephanie sure has become a prying busybody!” Hmmph, can you imagine?  So that’s what people really thought, but wouldn’t say so to my face!

My snooping addiction continued on for decades and I suppose I must now formally apologize to all the mothers/wives of the children I supervised and whose lingerie chests I rummaged through after I tucked their kids into bed and found their treasure trove of R-rated paraphernalia, amongst a few diaries, which contained absolutely nothing about me — and wouldn’t it have been awfully strange if they HAD written about their awkward babysitter? So please forgive me, ladies!

I soon graduated from ‘Diary Invading’ to ‘Eavesdropping’ and I accomplished that by quietly listening in on extensions of landline telephones, putting my ear to the walls of closed doors, and even playing messages left on other people’s answering machines by obtaining their 3-digit remote codes which were stamped underneath. But who could blame me? By that time I had learned that you never knew what anyone truly thought of you unless you investigated thoroughly. You can read about my spying sprees  HERE and  HERE.

Fast forward to present day and this blog. I sometimes find myself elaborately filtering my content (just as I strategically planned out what I’d put in my diary all those years ago) by calculating who exactly my readers will be. Many times I’ll edit and delete confidential truths that would make me feel extremely vulnerable and exposed if ex-husbands, old boyfriends, relatives, girlfriends, or my own children perused my posts. And they definitely do! Other times I get extremely brave and throw caution to the wind like THIS ONE.

In fact, the reactions of followers who know me in real life never ceases to amaze me no matter how careful I am. Some are furious when something they’ve said gets incorporated into an article, yet there’s nothing attributing the cleverness of the remark to them. (I’ve started accommodating them with footnotes and bibliographies.) Then there’s my 1st ex-husband who doesn’t waste his “valuable” time reading here, but will often send me cease and desist letters because a mutual friend has told him, “Uh oh. Stephanie’s at it again, saying negative things about your engineering personality being as much fun as getting a cavity filled after getting your appendix removed.” I’ll manage to convince him that the insult was really aimed toward dentists and surgeons, because how could anyone ever disparage his “sparkling” disposition?? He’ll agree wholeheartedly and we’ll hang up wishing each other well.

Here are other typical responses from people I’m connected to:

My Mom — I don’t do those controlling things you say I do in your blog. I hope your readers know what a wild imagination you have! By the way, a little Prozac would help you settle down.

My 2nd Ex-Husband — Remember…our divorce decree specifically states on page 7, paragraph 12 that from this date forward, I am to be hereby referenced solely as “1st-ex-husband, The Engineer” in all of your publications.

Boyfriend — You’re taking notes in your head about our date tonight, aren’t you? Here, let me open the car door for you. Let me get the check. I didn’t realize you were allergic to daffodils. Next time, roses for sure. My name is spelled with a G not a J for Yelp review purposes.

Daughter — Thanks a lot, Mom. I just failed my Department of Motor Vehicles exam because the test driver who took me out is a follower of your blog and read this POST!

Son — My seventh grade teacher reads your blog regularly but still marked me as an unexcused absence yesterday for Rosh Hashanah. Can you write one of your   um… humorous posts about Judaism and make sure it spells out that I was dutifully sitting next to you in synagogue yesterday? Thanks and Shalom, Mom!

God — Hello down there, Stephanie D. Lewis! What in My Name do you think you’re doing? You’ve reduced me to a mere online presence just to get published  HERE in The Huffington Post? You don’t think I’m a subject matter worthy of at least something people hold tangibly in their hands and often find in hotels? Like People Magazine??!

Writers: Do you ever modify your blog posts based on who you think could be out there reading? Or do you just write whatever you want, no holds barred? Readers: Do you get annoyed when you show up in someone’s writing? 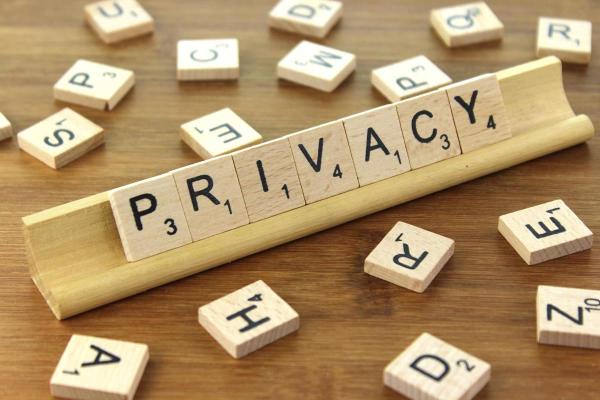 5 thoughts on “Confusion! Is This a Public Blog or My Personal Diary?”