Dear Diary, I hope this appeases the Pest Gods….

Next door Neighbors complain they have ants in their kitchen and ask if we’ve been experiencing the same? I go home feeling smug and praise my housekeeping skills, noting that our counters are wiped to a sheen, no crumbs or anything that could be an attraction for….huh…um, what?  WHAT is that tiny black thing scuttling frantically across my microwave oven?   Eh, so what’s one ant?  Smash. Ant? What ant?  “I am so superior,” I think to myself as I dust my grandmother’s vintage toaster. It’s sure shiny and clean for being so old. Word of the day: Antique. Haha.

As I referee an argument between my kids over who gets pancakes or waffles, I reach into my pantry for the Bisquick. OMG! I’m aghast to see numerous black moving specs clustered around the maple syrup. It hasn’t even been opened yet. Surely an ominous sign that won’t bode well for future smugness.  I take the bottle to the sink and rinse about forty five squirming insects off the syrup lid. “Sorry, Aunt Jemima!” The irony of the name of the brand is lost on me because I’m too irritated.  Word of the day: ANTagonized.

My daughter is bouncing off the walls to go shopping. “Got ants in your pants?” I teasingly ask. “Go get dressed and I’ll take you to the mall.” She returns moments later to show me her designer jeans absolutely teeming with ants. Who even says “teeming?” Apparently I do, now that we’ve officially been invaded.  Never mind that there’s a half eaten strawberry fruit roll-up in her pants pocket, the battle lines have been drawn, and I’m almost looking forward to the kill. Word of the day: ANTicipation.

I would slap my 14-year-old son upside the head as he taunts me singing, “The ants go marching two by two, horrah, horrah,” but I’m too busy spraying Windex across my kitchen floor where there’s a determined trail of them (eight inches thick if it’s a centimeter) streaming out from underneath the dishwasher. I leave the bright blue liquid on my white tile floor for any brave newcomers and go google “Non-toxic remedies for ants.” The first thing it tells me is ants will stay far away from anything with lemon on it. I try it. (See photo above) Works like a charm. Not!! I post on Facebook, griping and complaining of my predicament. Word of the day: RANT!

I awaken to a knock at the front door and I tell the smarmy guy from Terminex Pest Control (whom my pathetic neighbors must’ve sent over) that his services will not be needed. “I’ve got this!” I proudly proclaim. And it’s true. My problems will soon be over. There are literally 34 different comments under my Facebook Ant rant. Everyone has a different recommendation! Each solution more and more creative. But the last one seems super easy and even fun. “Ants hate Borat. Just get that and you’ll be in the clear.” Really?  Okay. I download the old movie starring Sasha Baron Cohen from Netflix and within minutes I’m shouting, “Take that!” to the hundreds of ants crawling up my computer screen. Turns out, “Borat” was a typo. She meant “Borax.” I rush to the store to buy some. And some spices that people swear by also, just for good measure. Word of the day: ANTidote.

After the borax fails, I liberally sprinkle dark brown fragrant powder in a straight line in front of every single doorway and windowsill of our home. To an outsider, it looks as if we’re trying to ward off some kind of an evil spirit (Poltergeist has nothing on this!) — but an expert chef would note that we could bake exactly 28 dozen cinnamon rolls. That’s because cinnamon is the top spice claiming to stop these idiots in their dirty little tracks if placed right at their point of entry. Instead, I watch while they gleefully carry one golden granule at a time on their teeny tiny little backs as they uniformly march up my staircase. (They’re probably making potpourri sachets for the dresser drawers they’ve infested in my bedroom.) If I listen closely, I swear I can hear their little soldier voices chant just like the flying monkeys in the Wizard of Oz. Word of the day: MilitANT.

Today is a dark day. Aside from the armies of ants which have now commandeered every single solitary room of our home, my dog has fleas and my daughter contracted head lice. Can bedbugs be far behind? Since we’re Jewish, I’m thinking “The Ten Plagues” and am on the lookout for a really mean Pharaoh. Word of the day: DominANT.

On the telephone, I beg the receptionist at Terminex to send someone over immediately. “Like yesterday,” I plead. “Okay, yes…yes….I’ll apologize to him. Alright, I’ll bake him a cinnamon roll.” The ants are swarming my keyboard as I type this and my fingers crush their infinitesimal little skulls with extra forceful tapping. I pick up a felt-tip marker to start handwriting in my journal instead, but on impulse I raise the mighty pen to the ceiling as I look up toward the heavens, and in my best Scarlett O’hara voice shout, “As God as my witness, I’ll never be crawled on again!” Then I violently slap my arm. Word of the day: FumigANT

The kids call me up at the office to tell me to hurry home because two great Ants, Carol and Arlene, are on the front porch. Jesus, don’t tell me they’ve started naming them now. But as I drive home, I remember my mother’s two sisters were supposed to drop by today. Get a hold of yourself, Stephanie. You’re really losing it. My cell phone rings and my best friend’s ex-husband’s employer’s hairdresser’s daughter is on the phone with some top-secret ant advice. I’ll print it here in case anyone else needs it. Food-grade DE diatomaceous earth works as an ant repellent. This powder is the fossilized remains of marine phytoplankton.The microscopic razor sharp edges of DE can cut through the ants’ exoskeletons, gradually causing their body to dry out.  Everyone got that? We’re not going down without a good fight, people! Word of the day: VigilANT!

Today I’m on to something. Something really big. Previously, when I sprayed the ants (with whatever killed them on contact) I’d diligently wipe up their dead bodies — but it was futile and within an hour, a whole new batch would populate the exact same area.  But now listen to this! If I leave their ugly ass carcasses blatantly strewn all over the house, it seems to act as a visual deterrent … and no new ants come back around! (Nevermind that tomorrow my home will be the location of a cousin’s fancy wedding.) This is effective advertising at its finest. YES! There is a light at the end of this parasitic hell tunnel. Word of the day: JubilANT!

Dear Diary, Tonight the bride fainted after she ground fresh black pepper into her salad and then took a closer look. My fiancé came over to console me.  He shook his head incredulously as ants climbed out of every electrical outlet, poured out of water faucets in bathrooms, and danced deliriously from air-conditioner grates, swaying to the DJ’s music. I cried softly (luckily ant-free tears) as he whispered, “So you weren’t embellishing.” I threw myself in his arms, but this wasn’t a moment for romantic comfort. “It’s time for the big guns,” he said authoritatively. “Bring me the duct tape.” Right now I’m too appreciative to think up a Word of the Day.

I’m waving my cream colored blouse around the house. That’s because I don’t own any white flags. And even this shirt has dark blotches on it. No, they aren’t dirt stains, you optimist. They’re ants! I surrender. I give up. From now on, I’m choosing my battles and this is not the ant hill I wish to die on. Somebody put me away somewhere safe. Lock me up. My son is selling them by the hundreds in zip-lock bags to his football team as DIY Ant Farms. Word of the day: RepugnANT.

I may be having an affair with the Orkin man. He came to my rescue when Terminex postponed until Tuesday. I swooned. His taut muscles rippled across his back and shoulders as he hoisted the heavy container of deadly insecticide off his truck. I welcomed him into my bedroom. I begged him to step into my shower. I invited him into all my cracks and crevices.  He assured me this would only be a one-night-stand (He even sprayed one of my nightstands!) and he won’t be back ever again. “Because you won’t need me to,” he guarantees me — as I shiver in delight, a truly satisfied customer, watching him ride off into the sunset. My knight in shining armor. Word of the day: GallANT! 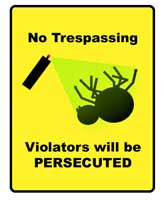 PS.  This is Stephanie’s youngest son. Please come to the funeral in our backyard tomorrow for my hamster, three goldfish, and two parakeets. Oh but don’t send flowers — for some reason they don’t do so well in our house anymore because all of mom’s geraniums and potted plants seem to have died too. Sniff, sniff.

21 thoughts on “Diary of An Ant Infestation!”