Or in other (non-alliterative) words — yep, you can create simple memes that will drive more traffic to your blog! And you don’t need a pair of 8-week-old kittens (like I just so happen to have!) in order to do so. But having original photography on a riveting subject will definitely help you get around those pesky copyright issues.

The ability to think up a correlating funny cliche, pun, or witty wordplay also REALLY helps boost the meme’s popularity. Plus at the end of this post I will put a link to my favorite custom meme generator that any dummy can figure out how to use, as aptly demonstrated here.

But first, the most important matter at hand….a few posts ago, I took a vote on names for two tiny litter mates that I was adopting. They’re here now and I’m introducing them officially as “Ritz & Bits!”  (Because you’ve heard of Animal Crackers, right?)

Ritz & Bits (along with eliciting lotsa joy, play, innocence, and tons of creativity in the form of great excuses for why my kids are incapable of doing litter-box chores!) have inadvertently brought more followers to my blog than anything I’ve ever written. And all because I turned their cute photos into memes AND remembered to put my blog name at the bottom before posting on Facebook or Tweeting.

Below are some more memes that I made in my sleep. Okay, that’s simply an expression to convey how easy it was because I do NOT sleep anymore. Between the insomnia, the writing deadlines, the strange prowler noises I hear, and now little alien beings that pounce on my tiniest foot movements, I get zero shut-eye.

But (above) I seem to have inherited a pair of furry house-slippers, albeit mismatched colors!

Above they’re only six weeks old but I’m pretty sure the one on the right helped me conquer my phobia with white mice because I swore he looked just like one.

Here they’ve taken up blogging so I’ve got competition . . .

And together we’re collaborating on a sequel for Dirty Dancing and remaking this famous scene . . .

Now below is an example of what NOT to do. As darling of a meme as this could have been, I wrecked it by trying to cram more clever into its wordage than additives in my kittens’ organic food. Instead of piquing interest and luring readers to my blog — the reaction was, “Huh? Weird much? Steer clear of anything this oddball writer posts!”

On the other hand when you have show-stopping eyes, you don’t have to write anything much at all in your meme, but you can never go wrong with simplistic — as you can see below.

And sometimes you’ll miss the obvious . . . 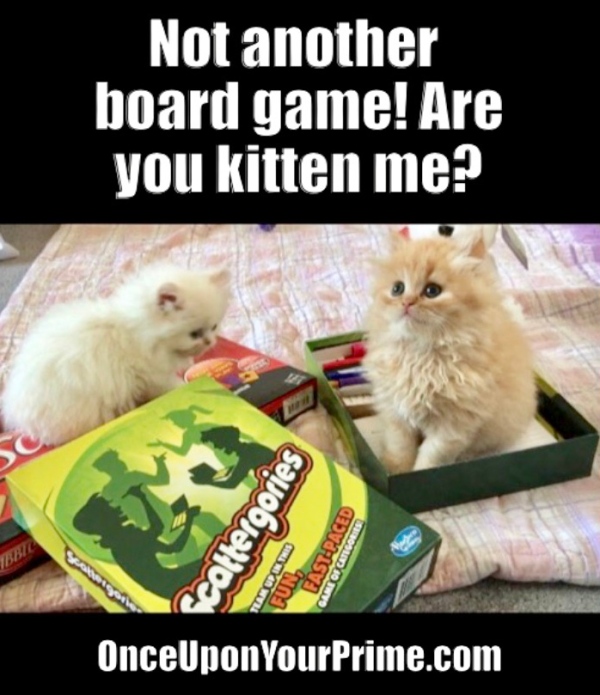 Above I should have just said, “Who’s up for a quick round of CAT-TERGORIES?” But that’s the beauty of a meme, you can rework it until it finally goes viral.

Not to imply that any of these have gone viral. But like I said, if increasing blog followers is your goal – – then definitely make some memes!  And then sell some product on your site to take advantage of the extra traffic, making it all worth your while ($$!) I’m planning to sell the little jingle bells you see my kittens wearing on their collars, only for children to wear around their necks because . . . well the need is obvious.

I also have a little (jealous) dog who’s a female and I was certain she’d be very maternal with the two new family members. So no more mention of kittens, Lola’s cute enough to have a meme of her own too, right?

Oh well, I tried to keep the kittens out of the memes.

Now just to make it clear that this blog hasn’t been taken over by a Crazy Cat Lady, I will give you an example of making a meme that doesn’t make people murmur, “Mmmm, How sweet!” or “What deliciousness!” 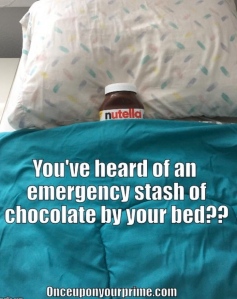 Now go meme away YOUR life and don’t forget to put your blog name on the bottom so you’ll reap the benefits.  Just click HERE to start!  Any questions?  I’ll answer you purrfectly in the comments section, without scratching your eyes out….I promise.