Well now, who even needs to make an online dating profile when there are Scrabble type games on the internet? Sheesh! At first I thought it was a big coincidence, the number of strange men requesting a round with me. Then I let it go to my head — Ohhh, they were all challenging me because my stats were glowing, and the impressive number of seven letter words I formed! Then it started dawning on me….it’s because my name is Stephanie and not Stephen. Hmmm.

So let’s just say that I’ve experienced “Words With Friends” morphing into “Words With Male Strangers Wanting To Become MORE Than Friends Using Words They Think Are Good Pick-Up Lines.” And they don’t hesitate to put their (lame!) words into the Chat-Box instead of on the playing board.

As an example, here’s what transpired before I could tell any of these men that the jig was up. Just because I’m such a nice person and I don’t like ignoring anyone…

Male WWF Player: I like it. It means you are Open to the possibilities. With us.

I took the bait one more time before I got wise.

Me: Are you really trying to initiate a conversation about capital letters?

Male WWF Player: Oh! Did you want to bypass the alphabet foreplay and just get straight to sexting? I like it. 😉

These idiots were lowering my overall scores because I had to keep quitting all the games in the middle with them. A sure fire way to tell that these “players” are not serious WWF players  is to look at how long they’ve been competing, which is noted in their profiles. Typically they’ve all recently joined the game like yesterday. And for some reason, they all think that I was born yesterday!

Other red flags: These scammers are FAR MORE talkative than someone who actually cares about winning the game. And they will always try to get your email address, claiming they have some tips on playing the game better that are too lengthy to share in the chat box. And their profile photo usually has a child in it that they’re piggybacking on their shoulders so you think, “Aw, what a devoted father he is. Probably just plays on here to take a short breather from that active little tyke. I’ll give it a go!”

Enough! I just want to play some Scrabble without having to dust off the real thing from my game shelf and take up room at my kitchen table.

I’m experiencing the same intrusions on Facebook a lot more lately as well. A rash of “Friend Requests” from odd men. They always have two first names. Antonio Marcus or Clyde Thomas or Justin Scott. And they are ALL (supposedly) in the military and they always have an American flag as background for their profile photos. And they are all listed as widowers. Why do they think being a widower would be such an attractive thing to advertise, I wonder? Perhaps they feel it will garner sympathy. “Ahh, the poor man lost his beloved spouse. I should bring him a brisket dinner.” Is that what they think goes through a potential victim’s head? When I’m actually thinking, “Ew! I wonder if he stabbed, poisoned, or strangled his wife!?”

Readers: Are you finding a lot more scam artists in online places where you’d least expect to encounter them? Also I am writing less here on WordPress and more on The Medium. (I cannot resist that readers can “clap” for you over there. What can I say? I like applause!) If you’d like to peruse my more serious writing about relationships on The Medium, I’ve been getting published on PS I LOVE YOU. Just click   HERE

Every writer plays Scrabble at least once in their life, right?  Form a seven letter word, score 50 pts, use your Q without a U, challenge your opponents version of “EUOUAE” (a consonant-less word that’s legal? Yep!) clink teacups, and call it a fun night, right?

That’s all well and good when it’s a friendly game around your kitchen table with family.  But playing with a competitive stranger online from God know’s where, who also cheats? Well that’s quite another story!

It all started when my children coaxed me to download the App, “Words With Friends” on my cellphone.  What a neighborly sounding game it was! A few clicks and voilà! (I always wanted to work “voilà” into a post!) suddenly it was just as I remembered from my own childhood– except you could take all day to make one word and nobody minded.

That was rather nice – – mulling over the letters whilst mopping the dining room floor or leisurely contemplating a compound word as you auto-shuffled the letters “sexycat” around, searching for something better during a gynecologist appointment.

And you could even send gracious messages back-and-forth like “awesome word!” or “you got me there!” No rush, no muss, just clean, polite, old-fashioned fun.

Until none of my children would play with me anymore. Or my ex-husband, my cousins, my neighbor, my babysitter, my accountant, my Rabbi, my boyfriend, and not even my Tupperware Lady.  Right, like she was just soooooo busy – – when’s the last time you were invited to a party that featured burping plastic containers?

Poor sports and sour grapes, every last one of them, just because I clobbered them all! One by one, I went through my Facebook victims, err contacts, systematically challenging familiar names to a friendly game until they all dropped off in defeat.

Then it happened. The invitation from “1OldTortoise” appeared–I took one look at his innocuous name and eagerly clicked “Accept.” Easy pray.

But who was he?

His first word utilized all his letters — “ratines.” A noun meaning “heavy, loosely woven fabric,” my eye! Looking back, that’s when I shoulda smelled a rat.

But I gave him the benefit of the doubt and made a few of my own 7-letter words. First “coupons” followed by “toenails” playing off his ‘S.’ Ha! Let him dispute that toenails wasn’t all one word. Then a message came across in that cute little thought bubble–“I was just clipping mine.”

Okay, ewww! And seriously? I needed to know an Aging Reptile’s grooming habits? I don’t think so. Also I was immediately reminded of the Aesop’s fable, “The Tortoise and the Hare” because the sudden alacrity in which he sent his words across was astonishing. He beat me three times in a row just that one morning.

Gone were the relaxing days allowing me to pause and brainstorm for an hour. If I hesitated to respond in twenty minutes, a message would appear with an impatient ding, prompting, “1OldTortoise is waiting. Make your move!”

Really? Well he can just pull his wrinkly head back inside that cracked shell of his and sit tight. What business did he have rushing me like that? It’s just a form of recreation, after all. Besides it’s humiliating getting beaten in a game of wits and skill by someone like this. He was quickly turning “Words With Friends” into “Language With Enemies!”

And worse yet, I had the distinct impression that he was using a dictionary. His words were just too obscure. Nobody has a vocabulary like that. And once I lost by 200 points because my 8-year old “borrowed” my cell phone for twenty minutes. Still, it was infuriating.

And if he wasn’t using a dictionary, then he had some other devious way of drawing all the best letters for his own rack while leaving me with nothing but “ffhzxns.” Whatever that was, I so yearned to pluralize it!

Then one day it happened. I actually beat him! But as I rejoiced, a thought bubble popped up all aglow. “Congratulations,” it proclaimed. “You managed to beat my young grandson who happened to be playing with my phone!”

Oh that was rich, really rich. What was this? He’s trying to diminish my joy. Make me feel foolish because I celebrated out-spelling a small child. One who probably called himself, “1Tinyturtle.”

The guy was so slippery, he may as well have been a snake. And persistent as all hell. Hell in a tortoise shell! The moment he won, like lightning, another invitation flashed across the screen–“Accept a new game with 1OldTortoise?”  I had no choice. If I clicked “decline,” I knew on his end it looked as if I resigned. I wouldn’t give him that satisfaction. I played with a 102 degree fever, in the middle of movies, while studying for an exam, and even as I wept because our cockatiel died.

Finally I developed that “if you can’t beat ’em, join ’em” attitude. I downloaded another app called scrabblecheat.com. I am not proud of this behavior. But the tortoise was going down… I was determined.

Now I couldn’t sleep because of my obsession with winning. When I did manage to grab a little shut eye, I dreamt of glass enclosures at the zoo, housing 200 year-old (did they live that long?) terrapins. (Small edible turtles!) Or I would awaken shouting out, “QWERTY!”

The whole situation became truly absurd — he was cheating, I was cheating–it was as if there were two computers playing against each other. A tech war.

One night my mother came over for dinner and as we prepared the brisket and mashed potatoes together, I showed her the current “Words With Friends” game board in-progress on my cellphone.

“Ma,” I implored. “You were a high school English teacher, what intelligent word can you make with these letters?” She fished out her reading glasses and furrowed her brows. “Oh you’ve got a worthy opponent here,” she said. “But use your Y and make “gravy.”

Bingo! With her help, I felt confident I would finally make turtle wax outa him. And that’s when I heard it. The familiar ding, and then the thought bubble with a message inside.

“Gravy! Clever word you made. Now make some for your brisket. It’s always dry.”

As I peeked into the living room, I saw my mom typing into her own cellphone, beaming while nudging her glasses back up on her nose… Her old tortoise shell glasses.

“1TinyTurtle” was probably my own 8-year old little boy that she occasionally babysits. And my mom actually clips her coupons (not her toenails!) while playing me in “Word With Friends.” Good to know! 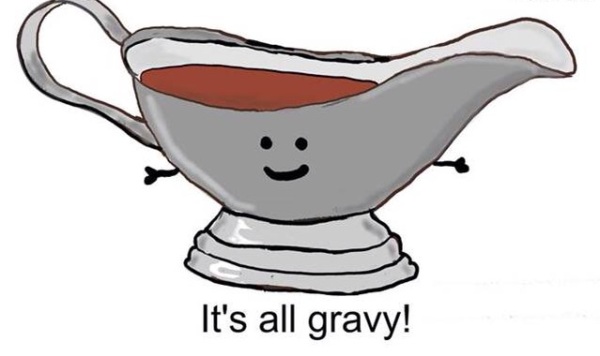 This is my 100th post since Jan 1st 2014! I’d be thrilled if you’d leave me a comment to celebrate as well as introduce yourself–if you haven’t already?  And please visit me on The Huffington Post to laugh some more…. Click HERE